I Know What I Know

Everywhere is memory. Memory is now obsession, morphing into addiction.

On Facebook, I get these messages telling me what I posted on this day several years ago. I get these little glimpses into things 2007 Amelia was writing. Sometimes I smile, sometimes I wince, sometimes I can see myself sitting at the little wooden desk at the apartment on Bloomington St, the one I shared with Crazy Sarah, using her blue and white iMac to try out this new thing called Facebook, using her stuff while hating her.

I watched (read: binged) Stranger Things. Suddenly I was up at Video Village with my brother choosing VHS tapes to rent. Hiding under the covers and reading IT and Cujo. Watching my VHS copy of Stand By Me when I lived on Michael Street with no cable and a box of tapes instead of TV.

I found a bunch of old CDs and put them in my car to listen to. Many of them were mixes I’d created in college. One of them was called “Sam’s Jams” and was a compilation of all the songs we played on the jukebox night after night at the old Sam’s Pizza in Iowa City. Gems such as “Take Me Out” by Franz Ferdinand. Lots of Beck and Pixies and Tenacious D, which is just not as funny as it used to be.

Also the “We Survived the Tornado” mix, an album I made for my friends Alicia and Patrick to commemorate the time we almost died in the Iowa City tornado (I’m not exaggerating. As me to tell you the story sometime). I found myself singing along to songs that I didn’t remember that I knew, tracks by Maroon 5 and the Shins. I was so wrapped up in the lyrics somehow flowing out of my mouth from a place that no longer existed that I went the wrong way driving home and had to double back.

Memories infect me. I can’t get away from them, but, like a bad relationship, part of me doesn’t want to escape. Can’t let go. Perks of Being a Wallflower transported me back to middle/high school in the 90s, and I read the book so slowly just to comb through the tangle of memories it pulled to the surface for me. I cried when it was over and hugged the book to my chest. I want that again, I thought. Rocky Horror and mixed tapes and grunge and youth. 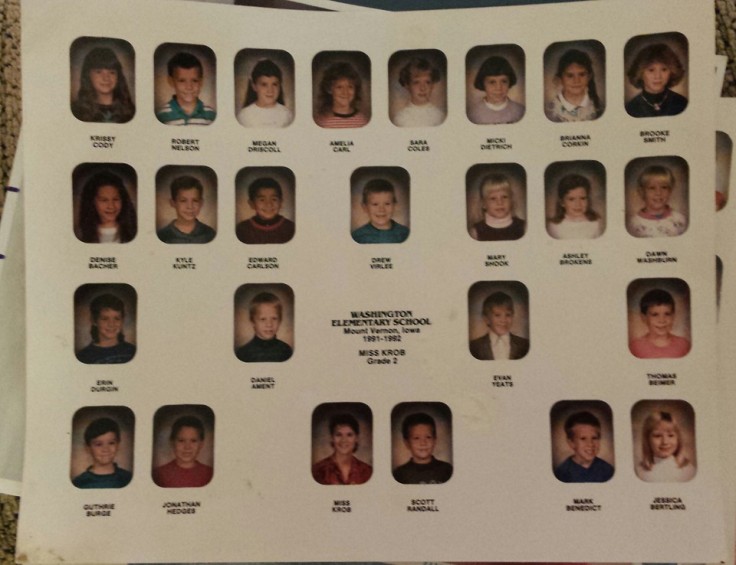 The tragedy is that you can never go back. All you can do is let Nostalgia wrap around you like a soft blanket. Or a straightjacket.

Nostalgia sells, nostalgia is everywhere. Barnes and Noble sells remakes of old toys we played with in the 70s and 80s, like little rotary phones with faces (side note: I had a prop rotary phone in my classroom for the last 5 years and every kid asked me about it at some point, not knowing what it was or how it worked. They called it the Rotisserie Phone). Entire social media groups are devoted to posting pictures and asking “remember when…” The soaring popularity of Stranger Things is evidence enough.

Stranger Things also works as a corrective. I can’t tell you how many memes I’ve seen recently that say something like, “when I was a kid, Mom kicked us out of the house in the morning and we had to be home by dark” or lamenting how we played kick the can while kids now play Pokemon Go on their phones. Everyone over a certain age looks back and sees the past, their formative years, as inherently better than “times” are now. But that’s why nostalgia is a poison, and how it can paralyze you when it gets in your bloodstream. Nostalgia creates an idealized version of the past in our minds, and a wish to revisit a time and a place that never actually existed.

See, in Stranger Things, it’s 1983, and a group of boys have gathered for Dungeons and Dragons in a friend’s basement. They ride their bikes home without cell phones. One of them goes missing.

The world has always been dangerous. Life has always had its ups and downs. Hell, back in the late 90s, I was 15 years old and miserable for stupid reasons. I suffered school bullies, acne, frenemies and body image issues. I couldn’t drive, and the internet was SO SLOW. What exactly is there that is so desirable that I’d want to go back and relive it in some way? High school is not the “best years of your life.” Sure, there are good times, but how could that compare to my wedding day, spending a month in Europe, or this morning as I snuggled with my daughter and played with her tiger puppet?

Another thing, slightly off topic: interests and tastes are pretty meaningless anymore at age 32. I remember taking so much time on my social media profiles to list all the books, movies, and music I liked, because those defined me. “Well, she likes Tarantino, so she must be edgy and cool.” Life is not a dating profile anymore, I guess. I’m not out there fishing for music nobody’s heard of, or making sure everyone knows my favorite directors. In fact, I’m okay with liking whatever I like, regardless of it being “mainstream.” Because tastes and preferences are such a tiny, insignificant part of what makes a person.

Still, as I go through these CDs and fill the car with Daft Punk and Death Cab for Cutie, I can’t help but feel this hollow, addict’s longing for times and places and friendships that no longer exist.

I’ve seen some old friends sort of die
Or just turn into whatever
Must’ve been inside them
And whatever all of us had then in common
Grew up and left home
We don’t think that way no more
Turn around, turn the volume down
We’re counting the days down

Till the day when we live in a video
I’ll be stone-faced and pale
You’ll pout in stereo
24 hours every day of the year
Oh, what fun I can’t wait ’til the future gets here

(one of the songs on the Tornado Mix)

I'm a writer, a mother, and a middle grade educator. I started this blog to produce content for the web instead of just ingesting it. I know what I know, so I want to share it with you. Writing - education - travel - housfrau/domestic demigoddess - gaming - nerdery - musings